Cycling is an environmentally friendly and a healthy mode of transport and Tampines, being a compact town is an ideal choice for a model cycling town. Taking Tampines MRT station as a focal point, the furthest block is only 2 kilometres away. With facilities, schools and shops in close proximity, more and more residents are choosing to cycle as their preferred mode of transport to travel about in Tampines.

"The cycling on footways trial"™ was a tripartite effort initiated in Tampines by its Grassroots Organisations, the Town Council, Traffic Police (TP) and the Land Transport Authority. It was conducted in response to the increasing trend of residents cycling on the footways, although it is illegal. It started on 27 May 2007 and ended on 31 Jan 2009.

The tripartite decision to legalize sharing of footways came after careful thought, and after assessing the feedback received from residents. The tripartite committee concluded that while there is general acceptance of the trial in Tampines Town, cycling on footways is feasible and sustainable only if all three key features identified "infrastructure, education, and enforcement" are implemented together.

Efforts by the Tripartite Partners

Here are some improvement measures taken by the tripartite partners:

Widened the Pedestrian Crossings at 10 locations

A total of 1.2km of footpath covering 3 main locations in Tampines was widened to 2.0 m.

Provided 247 nos. of sheltered bicycle parking facilities near the Tampines MRT station in Aug 2009 as part of a pilot project.

Production of educational, publicity materials. These include brochures, posters and banners. "Safe Cycling Video"™ in English with subtitles in Thai, Bengali and Chinese was also produced. Emphasis was placed on education of the cyclist in two main groups, ie, the younger ones and the foreign workers.

Conducted talks and exhibition to 14 schools in Tampines GRC.

Outreach to foreign dormitories with large number of foreign cyclists within the area.

Conducted two enforcement blitzes with cycling wardens on 23 Nov 08 and 7 Dec 08. Purpose is to educate and enforce against errant cyclists.

Constructed a bicycle track behind bus-stop at Blk 302 Tampines Avenue 2.

Worked closely with LTA to follow up on the implementation of the 6.9 km dedicated bicycle tracks.

Working on the by-laws to regulate safe cycling on footways.

Set up and administer the Online Bicycle Identification System (BIDS)

Check your bicycles before your ride. Ensure it is in good working condition. 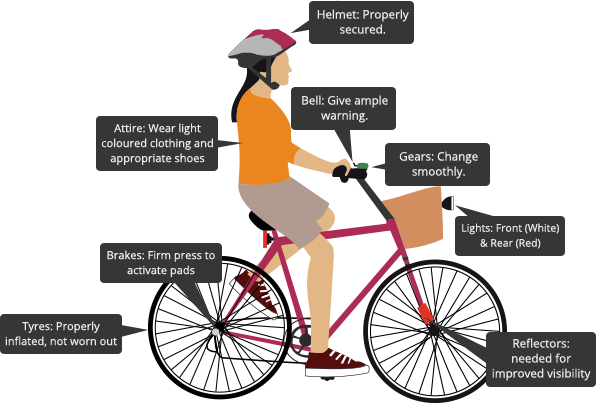 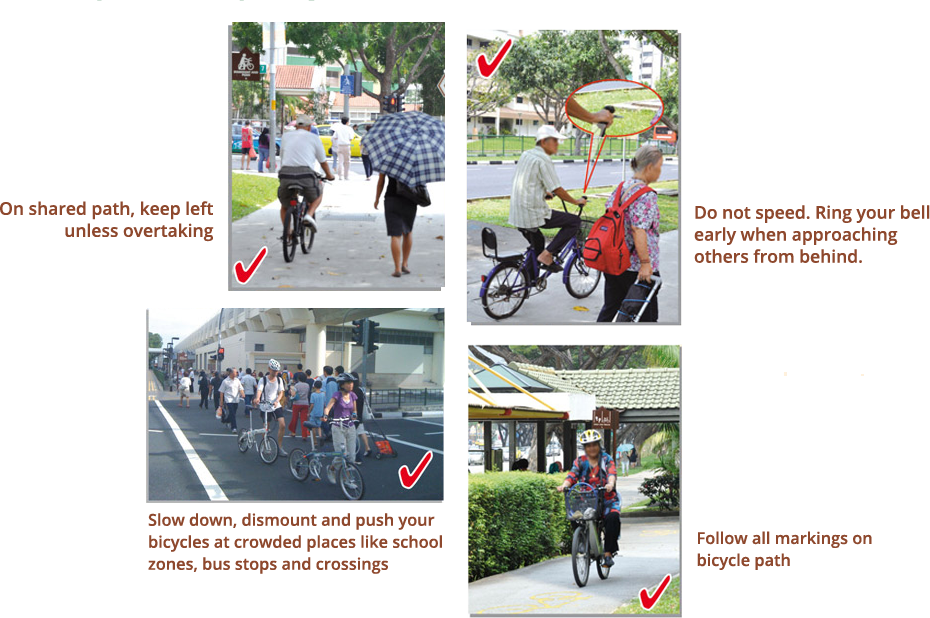 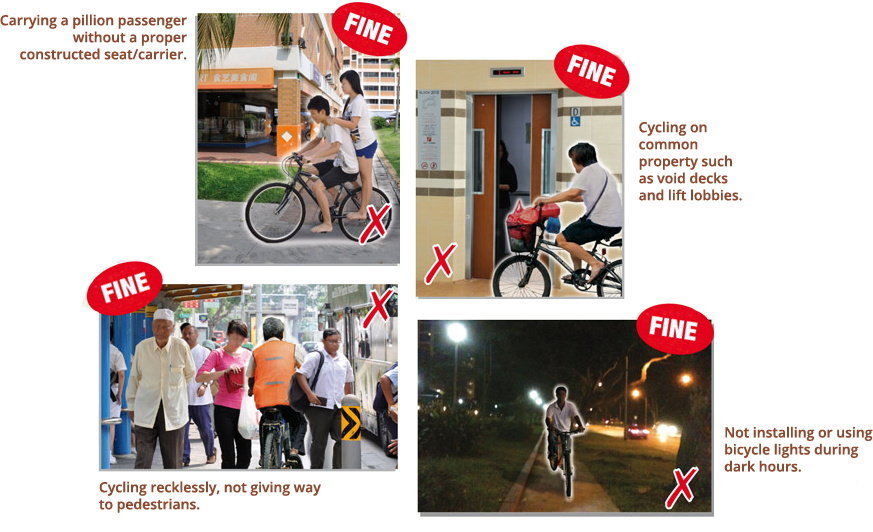