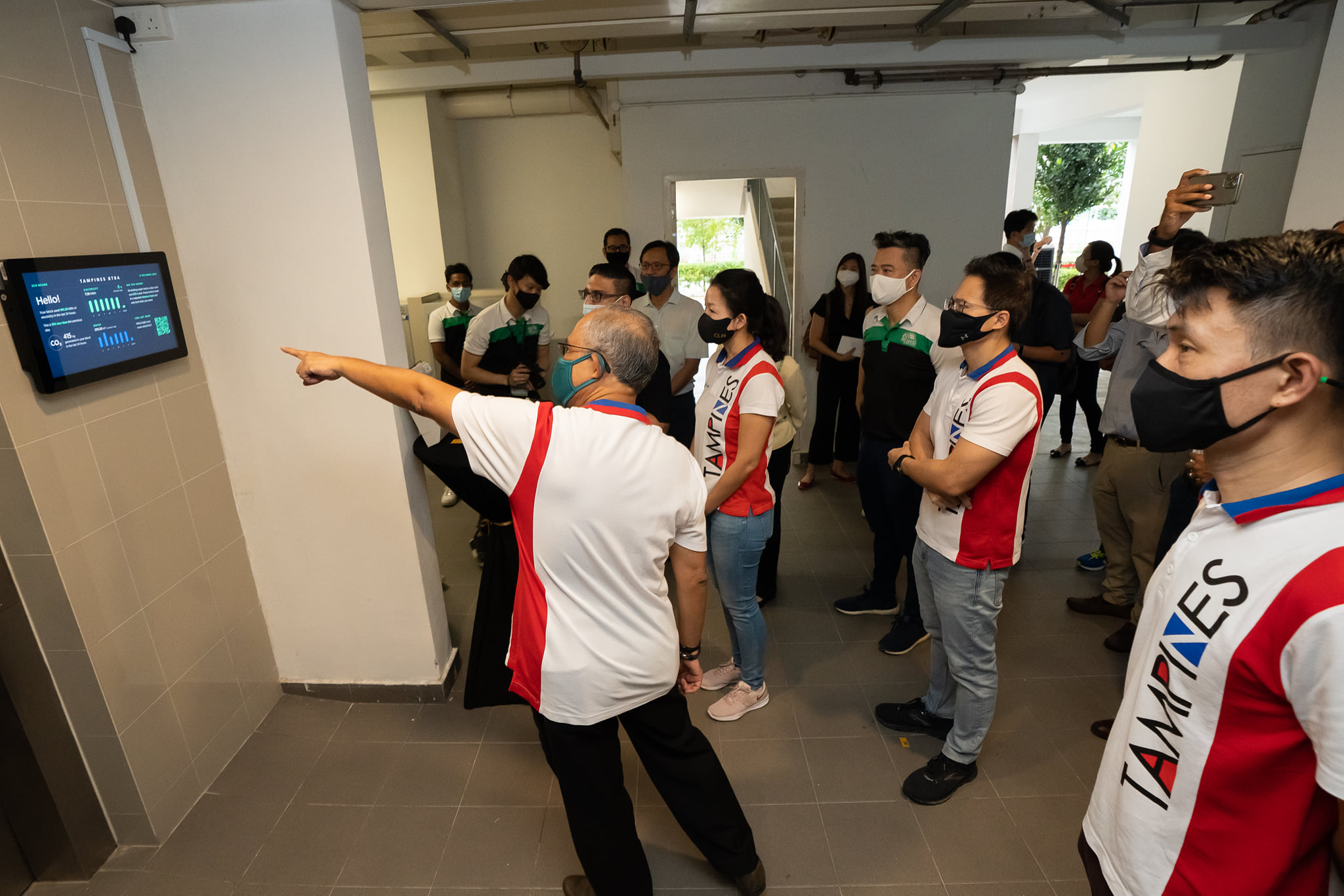 If your HDB block is part of the “Eco Boards” pilot programme in Tampines, you will soon be able to see your block’s impact on the environment by monitoring how much electricity and water your entire block uses. Each digital board tracks real-time statistics (i.e. every four hours) of the block’s aggregated water and electricity consumption, plus carbon emissions generated over the last 24 hours. Utilities provider SP Group partnered with Tampines Town Council to design and develop these boards.

Unveiling these digital boards on 12 December was Mr Masagos Zulkifli, Minister for Social and Family Development, Second Minister for Health and Minister-in-Charge of Muslim Affairs. He explained that these Eco Boards are part of Tampines Town Council’s efforts to transform Tampines into a model Eco-Town. The event was held at Block 878A in Tampines and Mr Masagos was joined by fellow MPs for Tampines GRC, Mr Desmond Choo, Mayor of North East District, Mr Baey Yam Keng, Senior Parliamentary Secretary, Ministry of Transport and Ms Cheng Li Hui, Chairman of Tampines Town Council.

Mr Masagos revealed that Singapore is aiming to reduce the amount of water used by households to 130 litres per person daily by 2030, down from the current amount of about 140 litres daily. 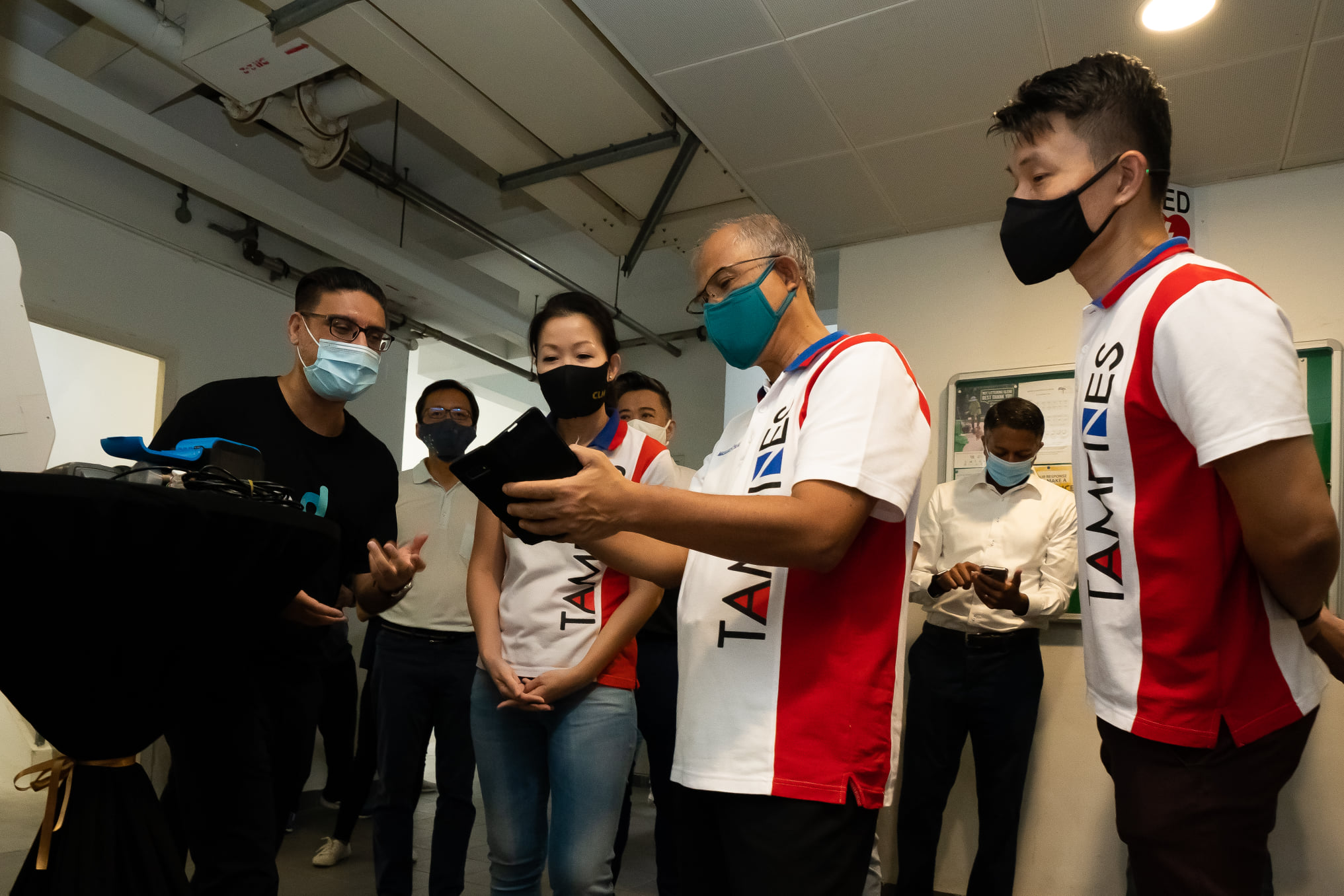 “To get there, there are a lot of things that need to be done. First, we need to get information to our residents for them to know how they compare with others in terms of usage and what they can do to reduce their water usage over time. Elements of gamification will also encourage our residents to adopt sustainable habits in a fun and interactive way,” Mr Masagos said.

In addition, smart meters installed alongside the Eco Boards can alert residents of utilities disruptions such as leakages or even pilfering. This enables the Town Council to swiftly rectify any issues that arise, added Mr Masagos.

By the end of January, 10 HDB blocks in Tampines will each have an Eco Board under the pilot programme benefitting more than 1,300 residents. 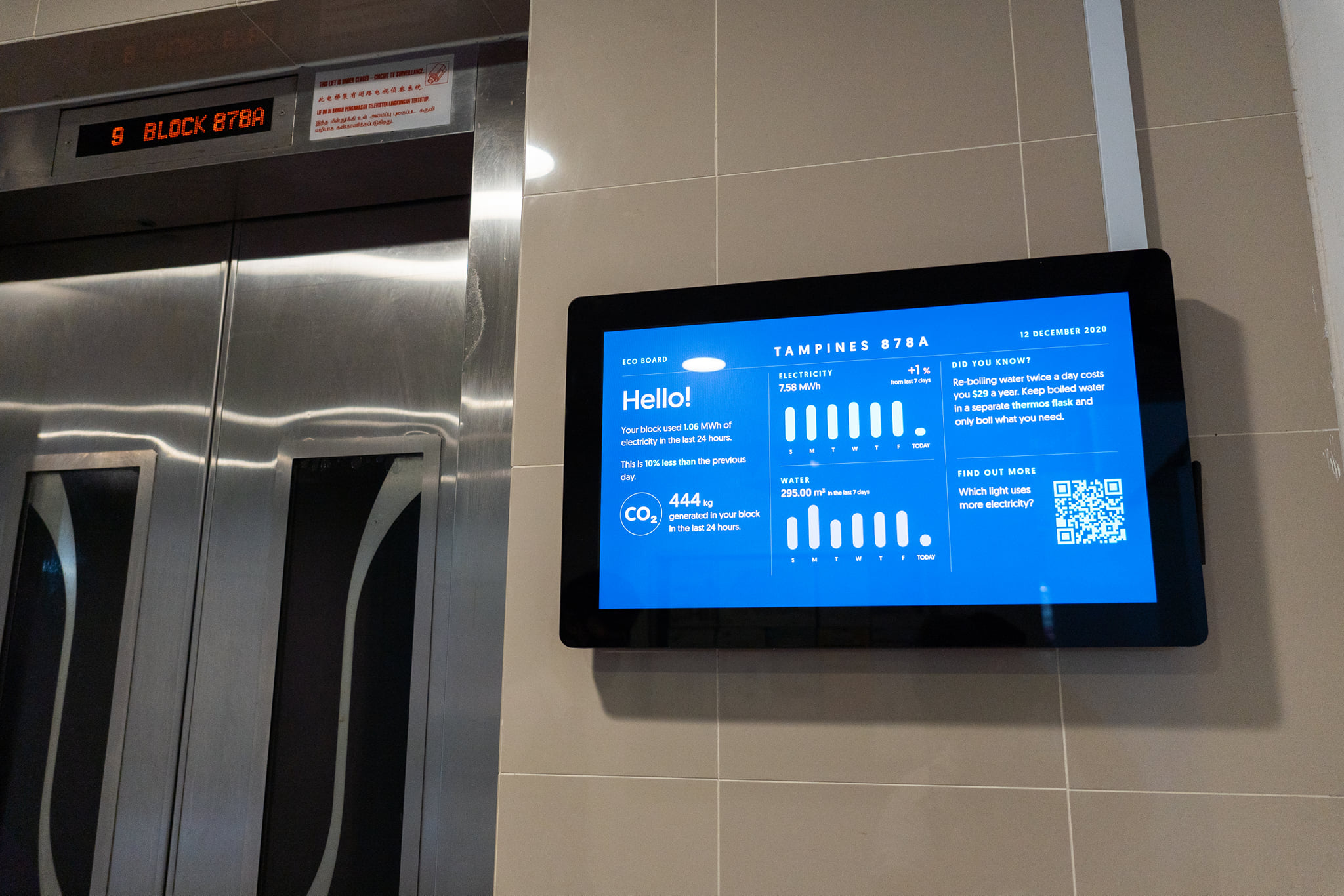 Alvin Teo, an 18-year-old student, welcomed these Eco Boards. “As a visual person, I find the various graphs of energy consumption [depicted] on the boards useful. The tips on reducing consumption of utilities are also helpful. I now take shorter showers to save water, and also make a conscious effort to wake up earlier every morning to switch off the aircon,” he said.

Nudging residents towards a low carbon future is an on-going effort that requires commitment from the ground as well. “We will always engage with our residents and gather input from different stakeholders. With the support from our residents, grassroots organisations and SP Group, I am confident that the Eco Boards will be a success,” said Ms Cheng.